In this photo tufa towers can be seen above and beneath the lakes surface. Those beneath the surface are growing once again as they exposed to the high carbonate water. 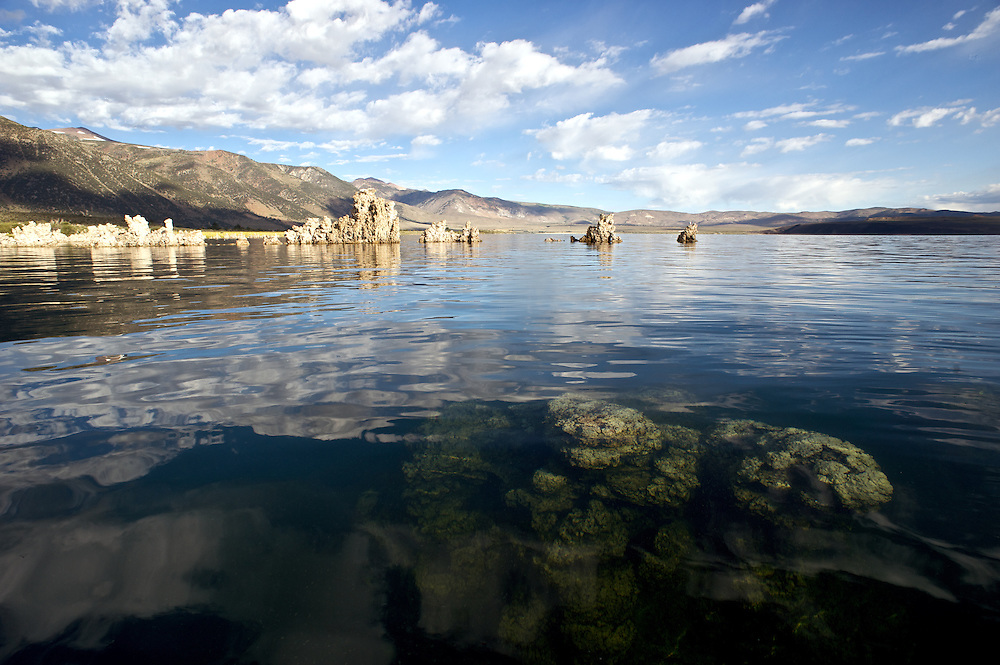