Tufa and Full Moon Beneath a Gunmetal Grey Sky

In this photo, tufa towers stand beneath a cloudy sky as the full moon rises in the distance. 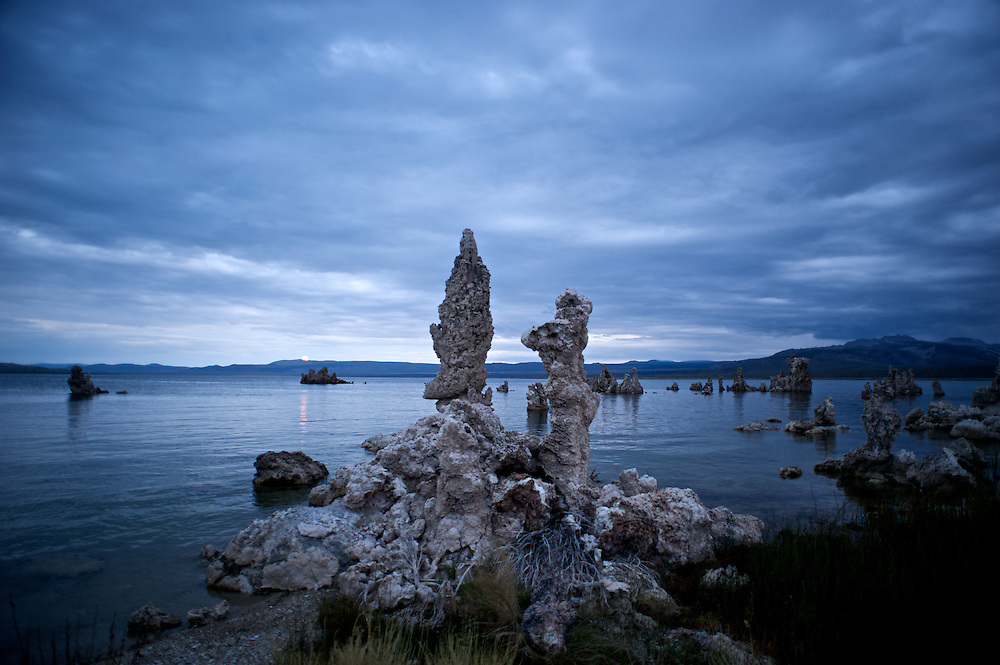