In this photograph, tufa towers are seen at dawn. 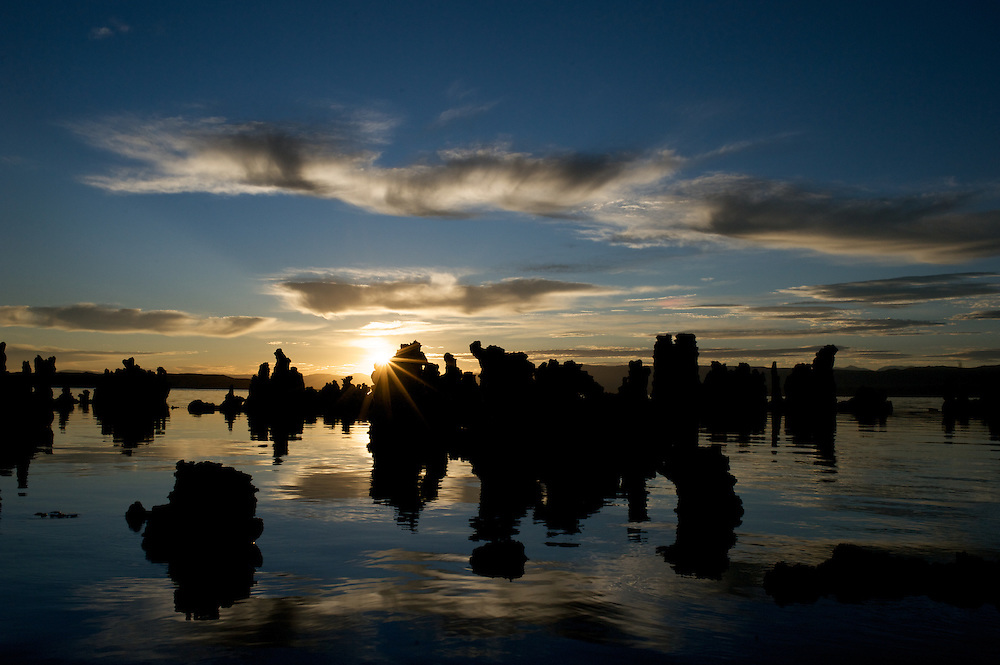