In this photo, tufa towers exposed on now-dry land stand beneath summer's sky of fire. 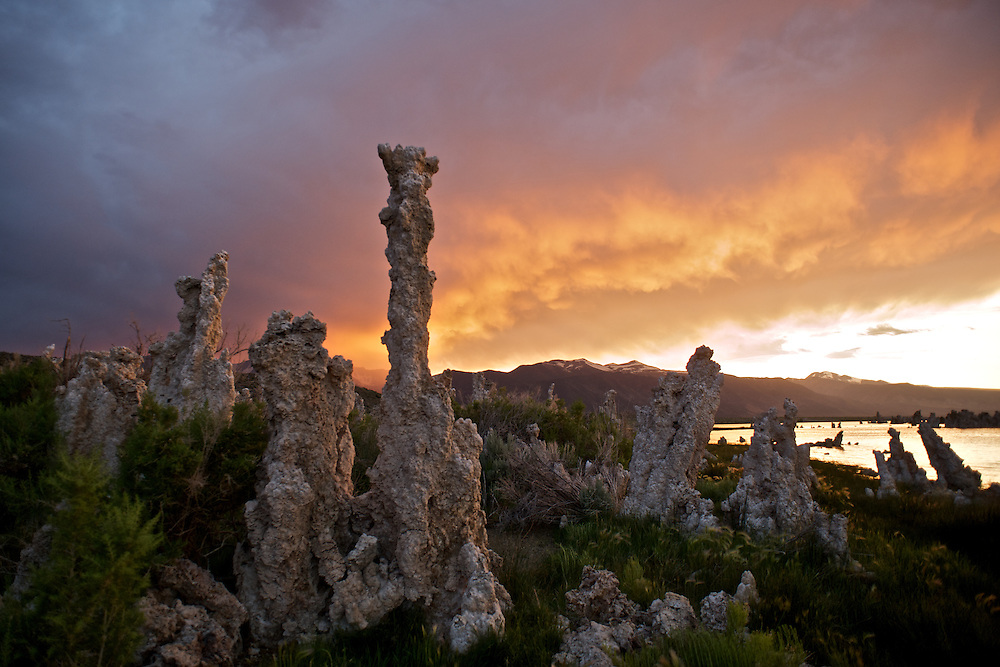