At the Carrom Table

Carrom is one of the most popular games in South Asia and you can find games from Pakistan and North India to Kathmandu. It involves hitting colored game pieces into pockets in a manner similar to billiards, but it's played on a 29-by-29-inch board rather than a full-sized table. Also, you use your fingers rather than a cue stick to flick a striker piece, which is similar to a cue ball. Two to four players compete, divided into two teams in a four-player game, with the winning side determined by sinking nine pieces followed by the red piece, known as the queen.

In this image, villagers from Nesang in Himachal Pradesh play a game of carrom. 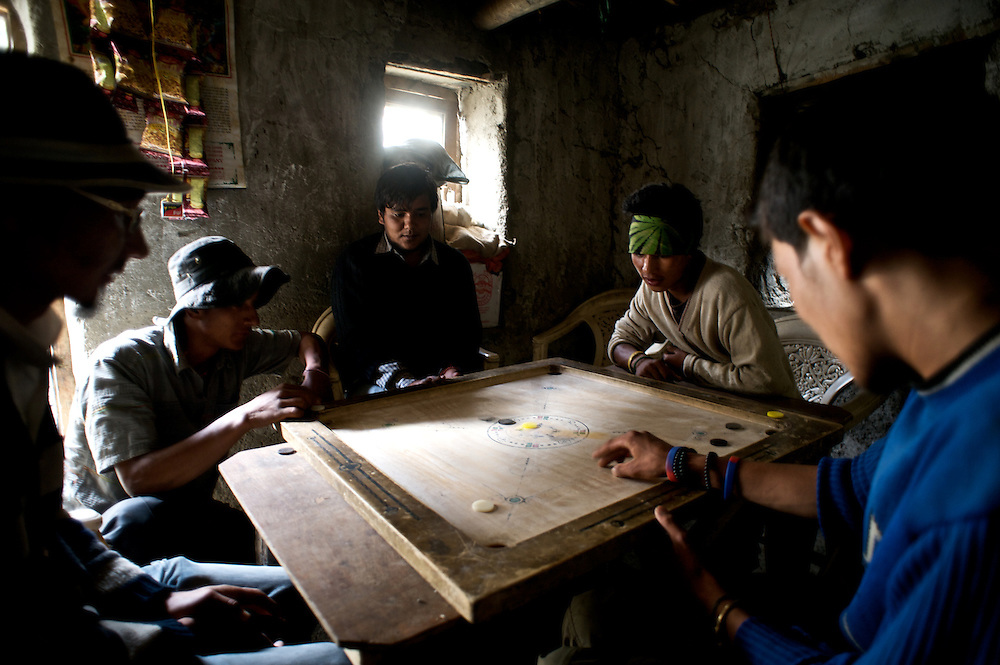